Ivan Vladimirov was a Russian painter who specialised in battle painting and documented many Russian military scenes through out this turbulent time in Russian history. He painted scenes in the Russo-Turkish war of 1877, the Russo Japanese war of 1905, the 1912 Balkan war, the First World War and then the Russian Revolution and its Civil War aftermath. Vladimirov spoke English, spent time in London and Paris, and by the time the Russian Civil war broke out in 1918, he was 50 years old.
Vladimirov had come to despise the Bolsheviks but he followed the party line by "creating heroic pictures, he secretly recorded the excesses and atrocities committed by Leon Trotsky's Red Army and the regime" (source). For decades, many of his anti-Soviet paintings were kept locked away. Others began to emerge in the West, including 10 Water colours that were sold in New York in 1953, six years after the artist's death.

"It is rare to find an artist creating images that on the one hand reflect a particular ideology while at the same time surreptitiously condemning that ideology through discreet pictures intended to show the truth behind the lies."(source) 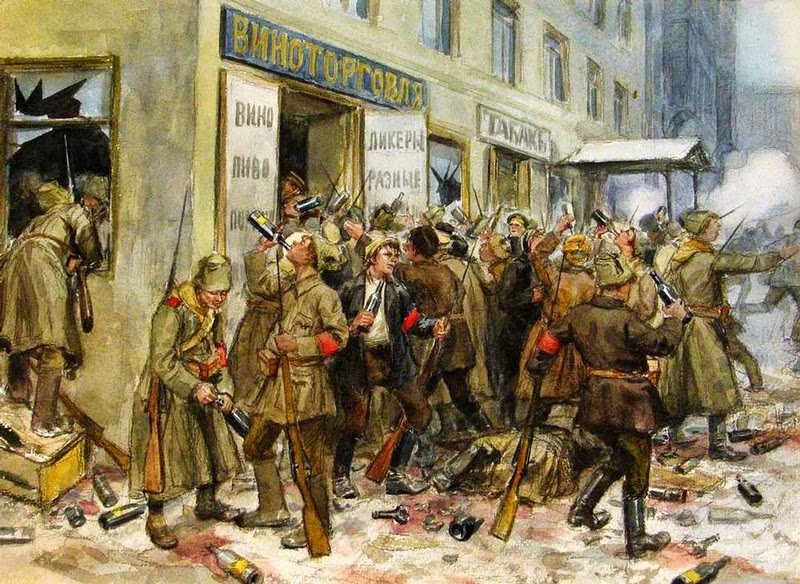